Application components deployed on Elastic Infrastructures and Elastic Platforms rely on physical network hardware to communicate with each other and the outside world. On this networking layer, different customers shall be isolated from each. 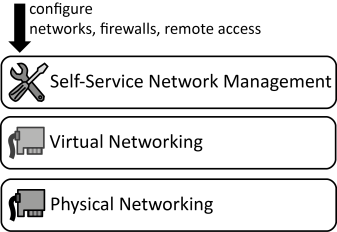